A Mosaic Full of Secrets Daily and night sightseeing, souvenirs, accommodation, viewpoint, restaurants, the Książ Stud and the Palm House near by. 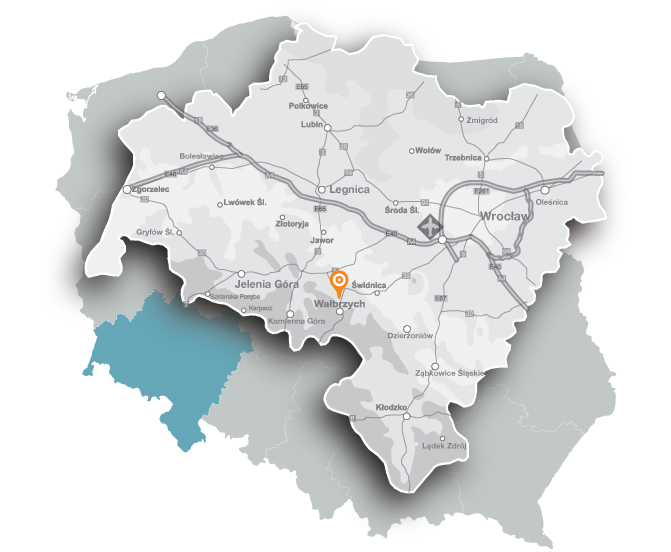 If Bolko I Surowy was to glance today at Ksiaz Castle, he certainly would have a problem believing that this residence was his princely stronghold at the end of the thirteenth century. For it once was a Piast fortified castle, that was built strategically in a safe position at the turning point and on the bend of the Pelcznica River.
Suffice to say that the defensive walls that surrounded the fortress in the seventeenth century have been converted into garden terraces and the other fortifications as well as the castle itself, both inside and outside, now show signs of all the architectural styles which became popular between the thirteenth and the twentieth century. The Nazis also left their mark on the castle. Taking no notice of the environment, they made certain additions here that, to this day, are still shrouded in mystery.
The palace and its cellars are not the only attractions of Ksiaz Castle. Wonderful gardens and a park, magnificent stables and palm house, as well as kilometres of themed marked trails are awaiting for visitors with plenty of energy. Within the Ksiązanski National Park there is also an arboretum, the Sudety Dendrological Garden and the River Bend Nature Reserve. On the other hand, during a hike to the south, along the Ksiaz Gorge, visitors will have the opportunity to discover a second, somewhat forgotten castle but also with an extremely interesting and romantic history. Old Ksiaz Castle, because that is what it is usually called here, is a castle built in the late eighteenth century on the ruins from the times of the Piast Dynasty. Reich Count Hans Heinrich von Hochberg succumbed to the romantic trends of that time and ordered fragments of artificial ruins to be created next to his new Gothic castle with an area for staging tournaments. The peak of its fame was probably the staging of the knight’s tournament here in 1800 which was attended by the Prussian King himself, Friedrich Wilhelm III. Unfortunately, even though the castle was seen on postcards before the war, in 1945 it was blown up. The artificial ruins turned into real ones and the structure withdrew into the shadows of its more magnificent neighbour. 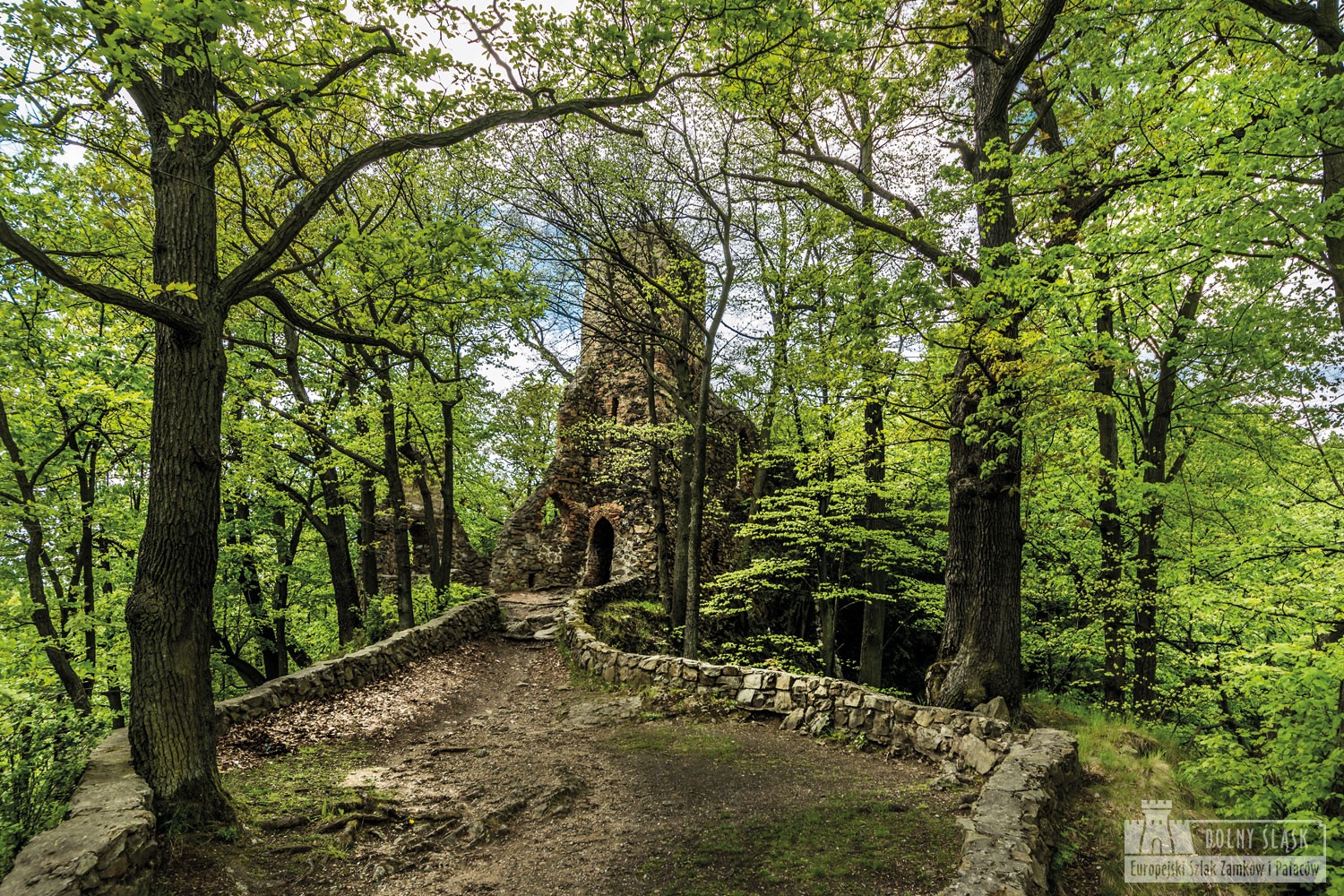