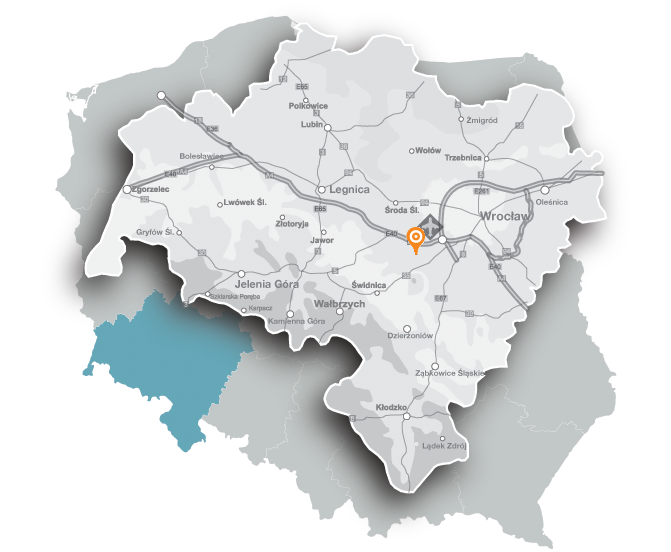 Krobielowice – previously called Krieblowitz is a small village situated about 20 km from Wrocław, in the area of the Bystrzyca- river Valley Landscape Park. It was first mentioned around 1321 when the knight Tyczka from Stercza was given Creblewicze by prince Henryk VI Piastowicz from Wrocław. The original structure started off as a fortified manor house with a tower and was built in the XIV century when the village belonged to the von Sitten family. Then it was acquired by the Minor Order of Friars and from 1529 the property came under the control of the Premonstratensians Order who extended it by adding 3 more wings in renaissance style. Much later the southern side had a facade added and also 3 towers were constructed on the corners in baroque style. In the XIX century the palace became the property of the Prussian Field Marshall Gebhart Leberecht von Blücher, who received it with other estates in the close proximity from Frederick William III, King of Prussia in recognition of Field Marshall’s services to the nation and achievements in the war of liberation and the final defeat of Napoleon at Waterloo. Not so long afterwards, on the 12.08.1819, Blücher died in his castle due to falling from his horse whilst returning from a social session with his friends. As it was the time of annual autumn manoeuvres of Prussian army at the funeral there was present the king Frederick William III with his sons. Blücher was buried in a catholic cemetery (even though he was a protestant) in the nearby village called- Wojtkowice. However, the final place of burial was supposed to be a small pine hill, situated right behind Krobielowice, which Blücher had greatly admired (and where after many hardships was built his mausoleum in 1846- 1853 and his remains were put). The palace remained in the Blücher family until 1945. In the postwar period, from the moment when Silesia was included to Poland the turn of its fate was various. For a time, the castle was used as a kindergarten. In the late 60’s it was used as accommodation for the farm workers from the surrounding state- run farms. Later as it started to fall into ruin it was eventually abandoned. The present owner, a New Zealander, had been given as a little boy a picture of the castle and a drawing of the palace done by his great aunt who had visited Krobielowice as a young woman after the first world war. As his family always maintained they came from one of the Blucher lines he decided to come to Poland and he rebuilt the property. As the palace was in a far worse condition as he expected the rebuilding took a lot of time. The extensive reconstruction took place in 1992-1996 and at present the place is run as a hotel, restaurant and a golf course. The hotel offers single, double and triple rooms of a varied standard. We organize open – air and special events like: New Year’s Eve, Christmas gatherings, birthday parties, wedding, communion and baptism receptions. On the terrain surrounding the castle there’s a 9 hole golf course with a Driving Range. 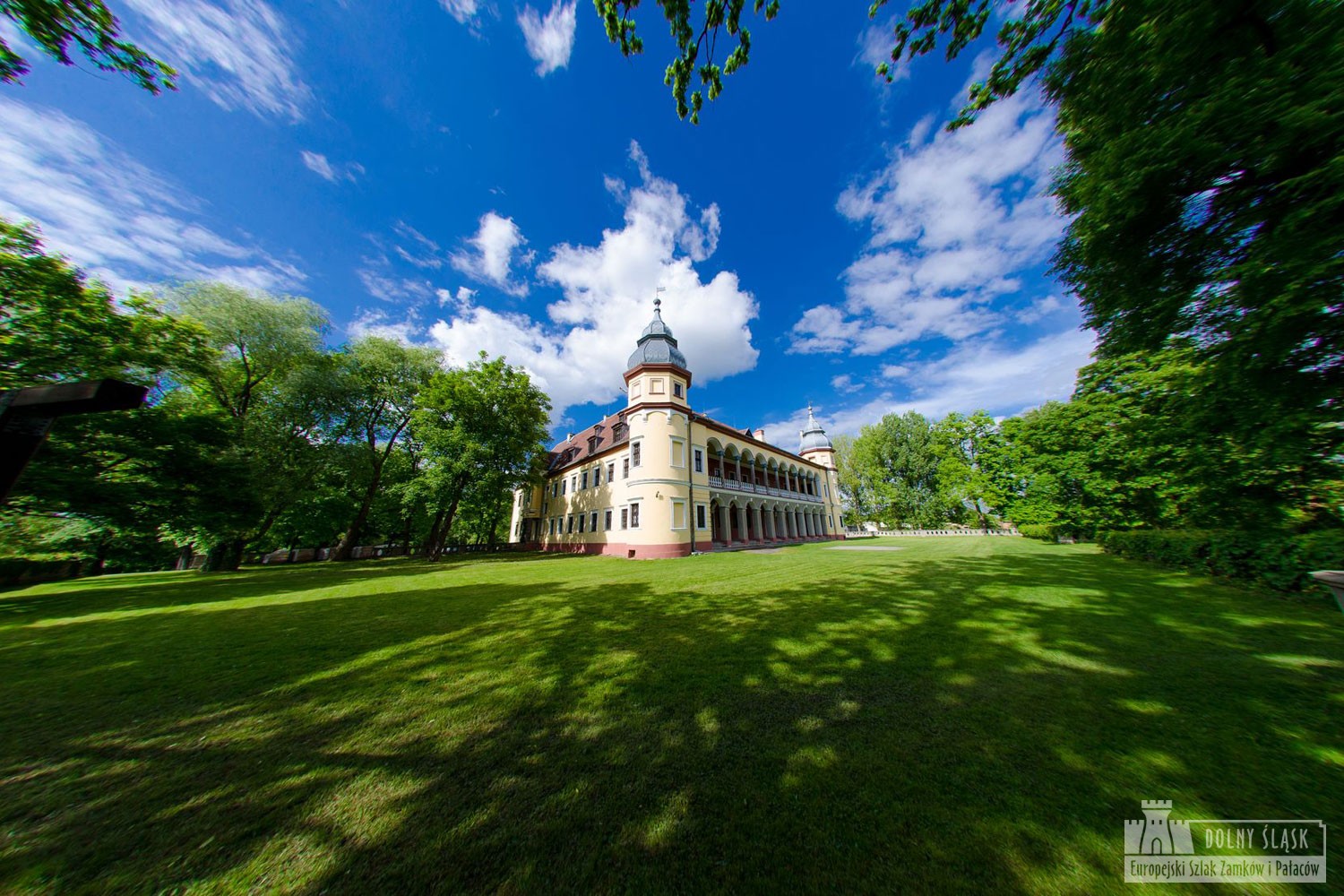 Krobielowice – Palace with a golf course